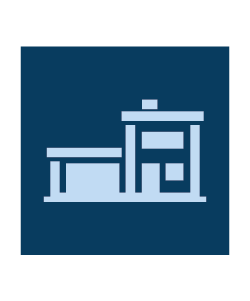 Don't you just adore your garage door? Why not show it that you care by lubricating its springs and bolts, replacing any worn weatherstripping, and changing the batteries in your remote controls? A little care goes a long way when it comes to your garage door. Of course, there may still come a day when you need to replace the door, and when that day comes, a garage door replacement company is the place to call. Since so many people have garage doors but don't know a lot about them, we created this website. Explore, read, and discover all sorts of info on garage doors.

Rust is never a good sign, especially when it comes to a garage door. Whenever a homeowner spots rust on their door, track, or another component, it is not something they want to ignore. Rust can mean longstanding problems, and it could mean that even more are ahead. Make sure you know what rust means and how to handle it.

Rust Can Be Hidden

Although rust is usually not something that is easy to miss, keep in mind that there is a possibility that you could have an issue with rust and not be aware of it. For example, one of the common signs of hidden rust is an overly loud noise when you open and close the door.

A garage door is intended to glide up and down the track with little resistance, but when there is rust, the buildup causes friction to occur as the door moves. It is also worth noting that the rust can also buildup on the door itself. In the same manner that rust on the track causes friction, the rust that has collected on the door will cause a similar concern.

The result of the friction is the loud noise you hear. With time, the noise will only get louder. Should you notice an increase in the noise your door makes, you want to reach out to a technician at your earliest convenience.

Rust Can Be Dangerous

While rust is an eyesore, its dangers should also not be ignored. Depending on the location and degree of the rust, it could be a warning sign for danger. Consider rust along the garage door track, again. When left untreated, rust can start to degrade or break down a material.

In this case, it can break down the track itself and make it weak. As a result, as the rust gets worse, the track could eventually fail, and the door could become dislodged. This sort of scenario is incredibly dangerous.

For this reason, it is very important to act promptly when you recognize dust. While not necessarily a threat to your safety, as the rust continues to spread, it can prevent the door from functioning at all, so one day, you could find yourself trapped inside the garage, which is never a good thing.

Again, if you detect rust around your garage door, make sure you contact a garage door repair professional as soon as you can to handle the matter the right way.